What is Apraxia of Speech? 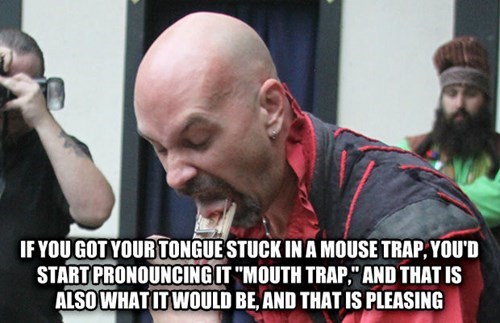 Apraxia, or dyspraxia is a motor speech problem. The brain puts together instructions to move tongue lips and so on to make sounds, but either the instructions are jumbled up when the brain makes them, or they get jumbled up on the way to the muscles. Typically the muscles and nerves are all fine, it’s just that things aren’t working well together.

We’re not sure. Like most things, there’s probably a genetic component. There may be actual changes to the brain, but no one has been able to show brain differences in the same part of the brain for all children with apraxia, so that’s a little undecided at the moment.

It’s important to remember that apraxia of speech is actually relatively rare, so don’t panic. Also, this is not an exhaustive guide on what to look for. It’s safe to say that if your child is experiencing any of these issues, you should seek professional advice.

Therapy for apraxia of speech in children depends on the individual child, however there are a few general guidelines to our approach.

Learning a new motor task is hard! Think about how hard it was for you to learn how to ride a bike, or throw and catch a ball, or juggle. Now consider that the skill and control required for speech is harder, and the consequences for failure (not getting what you want, being ignored) are so much greater. Then add in the probable sensory issues the child is also dealing with reducing their ability to manage and control their lips, tongue etc. It’s obvious the last thing they need is a heap of pressure to perform. We find that therapy should go at the pace of the child, which demands therapists and a therapy approach capable of great flexibility in meeting therapy goals. It also requires even greater flexibility and patience from the child’s parents. Establishing this mindset is the most important step. Failing to do so often leads to frustrating therapy burn out, where children will refuse to cooperate and rightly so. We don’t punish kids who have a broken leg by making them walk on it till it gets better, we support them, protect the limb to let it heal and then gradually reduce the support, practising all the time, until it’s healed. Why should we behave differently because they can’t say their words properly?

Speech is the noises you make when talking. Language is what you do with those noises, asking for things, telling people you love them, showing them important things. Therapy that doesn’t build a language system is not likely to lead to quick improvement. If a child can say a word, it doesn’t matter if they don’t have a reason to use that word. All things being equal, a child who is producing a lot of unintelligible speech in the right contexts will have a better outcome than one who is not.

How does a child learn to use words? They do so from seeing you use words with them, and then trying them themselves. How do they get those words right? By hearing you say the words over and over in the right context. This teaches children how to self-correct, to know what the words or sounds should sound like and to hear whether their attempt is right or wrong.

You want to learn how to play tennis, you might start off by bouncing a ball off your racket in your garage. Then, being a little more confident in holding the racquet, you might go to a tennis court and hit the ball, alone or with a friend. At each stage you’ll practice doing what what you want to be good at, in the context you’ll use the skill. If you end up hopeless at tennis and opt to pay a coach to help, your coach will take you to a tennis court and guess what, you’ll practice the skills you want to master in the environment you want to master them in. The same goes for talking. There is little to be gained by practising a single sound over and over again in a therapy session. Once someone can make that sound, we have to start expecting to hear it at other times. If we get ‘m’ why not ‘more’? If we get ‘more’ why not, ‘more please’? If your child can only do ‘m’ then you should expect them to use that sound when they want more of something. This contextual practice builds on all the other pillars of our approach to produce results.

As speech language pathologists, we’re well equipped to help. Our therapists are all PROMPT and Hanen trained and use physical therapy aids and tools, in addition to a wealth of experience, to get that initial breakthrough and show you what to do to keep success happening. Talking to us is free and always will be so if you’re concerned, talk to us and we’ll help.